NimbleCoin can be Bitcoin’s Best Friend 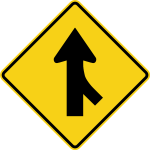 The debate of what will happen with Bitcoin hashing power when the reward is halved around August 2016 is starting to boil in the bitcointalk forums. Some questions have been risen about the security of CPU-friendly alt-coins, such as LiteCoin and DogeCoin in the long run. The problem was summarized in one sentence:

If the profitability of mining falls (due to a decreasing block reward) low enough such that a competitive currency becomes more profitable to mine, the hash rate will plummet and present an opportunity for a 51% attack.

The economic dynamic of this supposed vulnerability in Bitcoin should be analyzed. First for such attack to be profitable, the attacker should own x BTC. Also the attacker needs to perform a double-spend attack. The most profitable variant of a double-spent attack is one that the attacker makes two parallel payments to two other parties. If he pays to himself in one branch and waits, and the attack is of enough importance the it is discovered by the community, then the currency may immediately loose value and the attacker coins will also be diluted. Suppose that Mallory tries to attack two virtual cryptocurrency exchanges: A y B.  The attack is as follows:

The feasibility of this attack depends heavily on how many transaction confirmations the exchanges require for inbound and outbound payments. Now we’ll see how much this attack cost if Bitcoin had a SHA-256^2 competitor.

Then the attacker would only need to hire the entire hashing capacity for about 1 hour to build two parallel Bitcoin chains of length 6. Accumulated rewards would be  worth 75K USD (12.5*6*1000).  Because two parallel chains are created, the hiring cost would be 2*0.9*75K=135K. Mallory buys BTC for 300K USD, hire the hashing power for 135K USD, and perform an attack earning 600K USD (a net income of 165K USD) with a ROI of  37%. Of course this was computed over an ideal frictionless hardware mining market, but even today the attack could be executed if mining pool administrators are bribed to switch, so probably with just 1M USD the attack would be realistic and profitable.

This is a good reason why Bitcoin miners may be incentivized to attack any competing cryptocurrency based on SHA-256^2 that do not allows merged mining. Attacking the alt-coins will only be cheap when the coin is recently created and its hashing power is low enough. After the initial boostrapping stage, the attack will cost money from lost of income in Bitcoin mining, so Bitcoin miners may loose the chance to destroy the alt-coin if they don’t react quickly enough. But there are probably legal implications of attacking an alt-coin, which pool miner administrators should consider.

Merged Mining as a Game-changer

If the alt-coin supports merged-mining, then this vulnerability disappears. I’ve been arguing for merge-mining since some time ago. In fact, if merge-mining for Bitcoin exists in the future, Bitcoin could keep its hashing power even when subsidy is completely removed! Since Bitcoin merge-miners can mine both coins with zero marginal cost of adding the any alt-coin. Even if Bitcoin’s block reward is halved and the BTC value does not increase two-fold to compensate this, miners would continue mining Bitcoin as long as their main income comes from mining on the merge-mined alt-coins.

To provide the most secure safe net to Bitcoin, the alt-coin should have a steady block reward. Even if the alt-coin’s value is much lower than Bitcoin, it could provide the profit margin to keep all miners active and prevent mining hardware to become obsolete so fast.

I’m not the only one proclaiming merged-mining as a solution: recently Charlie Lee proposed merged mining of DogeCoin and LiteCoin to prevent catastrophic competition between those coins

NimbleCoin can be Bitcoin’s best friend

Nimblecoin is a new cryptocurrency I’ve designed and two programmers are developing right now. It does merge-mining with Bitcoin and has a never-ending block subsidy. It will be launched during the last quarter of 2014. I’m doing everything possible to convince Bitcoin miners that NimbleCoin may be their best choice to preserve their investment in Bitcoin and their future wealth. And at the same time they will be bootstrapping a really cool and fair cryptocurrency with almost no pre-mining with unique features for instant payments based on my research. I hope all of you agree this is good for Bitcoin and good for innovation. This week I will post the white paper for you to read. The Nimblecoin Foundation will be launched at the same time of the coin, with good monetary resources, and there will be a seat for merge-miners in its board of directors. I’d love a top Bitcoin pool administrator would have this seat.

This entry was posted on May 12, 2014, 2:09 am and is filed under Uncategorized. You can follow any responses to this entry through RSS 2.0. You can leave a response, or trackback from your own site.